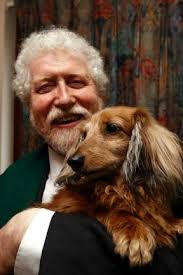 ‘That this General Assembly of Unitarian and Free Christian Churches, recognising the universal kinship of all sentient beings affirmed by the world’s  great religions, philosophers and sages, encourages fellow Unitarians and all people of goodwill to support the Universal Kinship Fund of the Dr Hadwen Trust and other humane research charities in order to advance non-animal medical research and in so doing help save human and animal lives.’

This motion is fully in the spirit of the 2013 General Assembly resolution urging all people of goodwill to ‘promote a greater awareness and understanding of the interdependent web of all existence of which we are a part and, recognising the dignity and worth of all living creatures, cultivate an ethic of compassion and mercy to the billions of sentient beings who share this planet with us and to act in ways that promote our common welfare’. This the present motion seeks to do by encouraging all who recognise that universal kinship affirmed by the great religions and enlightened and progressive thinkers to support the Dr Hadwen Trust and other humane research charities in order to ‘advance non-animal medical research and in so doing help save human and animal lives’.

This very sense of universal kinship is perceived not only in Darwin’s theory of evolution but is emphatically proclaimed in the teachings of the world’s great religions. ‘Any religion or philosophy which is not based on respect for life’, Albert Schweitzer wrote, ‘is not a true religion or philosophy.’ These words echo the wisdom not only of Eastern religious thinkers such as Jains, Hindus and Buddhists and revered prophets of non-violence like Mahatma Gandhi and Leo Tolstoy, but enlightened prophets and sages of many diverse spiritual traditions, East and West: an inner conviction that reverence for life and a sense of kinship with all living beings must indeed be at the heart of all authentic living religion.

Should we therefore not carefully heed these wise words of Albert Schweitzer on the well springs of true compassion and benevolence?

‘Until we extend the circle of our compassion to all living beings, we shall not ourselves find peace. It is our sympathy with all creatures that first makes us truly human…to preserve life, to promote life, to raise to its highest value life which is capable of development…[ but it is evil] to destroy life, to injure life, to repress life which is capable of development…. Compassion, in which all ethics must take root, can attain its full breadth and depth only if it embraces all living beings’.

Only in this way shall we fittingly honour what the American Quaker, John Woolman, called that ‘Channel of Universal Love’, embracing, upholding and sustaining all that lives.

It is in this conviction and in this spirit that the Animal Interfaith Alliance, of which I am chair, is launching on the occasion of the 50th anniversary of Dr Schweitzer’s death an Albert Schweitzer Universal Kinship Appeal for the Dr Hadwen Trust for the charity’s vital humane medical research into cancer and diabetes. If it is true, as William Blake declared, that ‘all that lives is holy’ what nobler act can there be than saving lives? We have an opportunity to do this not only through this GA motion encouraging and advancing the ideal of humane medical research but also in practical action to help save human and animal lives right now.

The human body is incredibly complex, consisting of approximately 37 trillion cells that are organised into at least 200 cell types. Our genome is comprised of thousands of genes and the human body contains millions of different proteins. These proteins along with other regulatory components form the basis of critical cellular processes, which not only ensure each cell performs its specific task but also enables it to communicate with other cells to form pathways and networks of pathways vital to human health. It is apparent that scientists still have much to learn about how the human body works and the diseases that affect it.

The best and most reliable ‘models’ for research into such diseases are of course human beings themselves. However, ethical considerations prevent society from using people for many scientific purposes. This creates the immense challenge of, for example, understanding a human disease or predicting whether or not a novel drug is safe and effective for people without the direct use of human beings (ethically approved clinical trials aside of course). Consequently, all non-human approaches have their limitations. In the case of the experimental use of animals, enormous ethical implications, in addition to the problems surrounding interspecies differences and proven lack of predictive power for many human diseases, are ever present.

Over the past 40 years the Dr Hadwen Trust has funded over 170 different research activities and in the last 5 years alone has committed over £2.5 million to human relevant animal replacement research activities, not only to replace animal use but to also advance human health knowledge humanely. Despite a large and ever growing ‘toolbox’ of animal replacement technologies such as 3D cell culture, organotypic models, micro-dosing, computational modelling, advanced imaging techniques and the appropriate means of analysing novel data sets there is still much progress to be made. The Dr Hadwen Trust is fully committed to funding the most beneficial and compassionate research activities and disseminating research findings to the wider public. The charity engages with the UK Government through stakeholder groups and similar organisations and, through a pragmatic and pro-solution approach, helps the scientific/medical community to no longer rely on the use of animals. For more information please see the website: http://www.drhadwentrust.org

Dr Brett Cochrane, Group Head of Science at the Dr Hadwen Trust – Latest UK statistics on the use of living animals in scientific experiments