Skip to content
HomeWhy AIA Does Not Support the Badger Cull 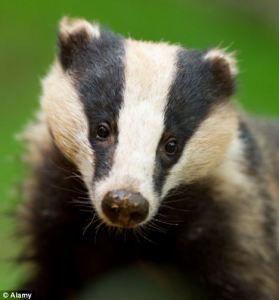 After unsuccessful pilot badger culls in Somerset and Gloucestershire in August 2013 and then in Dorset in 2015, the Government have now licensed culls in seven new areas (10 areas in total).

AIA does not support these badger culls because:

1. Half the culls failed to meet their targets of numbers of badgers culled, making the results meaningless.  Therefore we cannot rely on the new areas meeting their targets and being ‘effective’.

2. There has been no information provided on the incidence of TB in cattle in the pilot cull areas.  Therefore there are no grounds for extending the culls.

3. More than 30 eminent scientists have described the cull as a ‘costly distraction’ that actually risks making the problem of tuberculosis in cattle worse, and that will cost far more than it saves.

4. Culling is not selective and, therefore, many healthy badgers have been slaughtered as ‘collateral damage’. As many as six out of seven badgers killed by the cull could have been bTB free, but we will never know as none of the badgers killed have been examined to see if they have TB.

5.  Culling is inhumane – some badgers killed in the pilots took longer than five minutes to die after they’d been shot.

6.  The British Veterinary Association (BVA) have withdrawn their support of the cull due to its inhumaneness and ineffectiveness.

Areas, such as Wales, which have undertaken these procedures, have demonstrated success in controlling TB in both cattle and badger populations at a far lower cost to the taxpayer than culling.