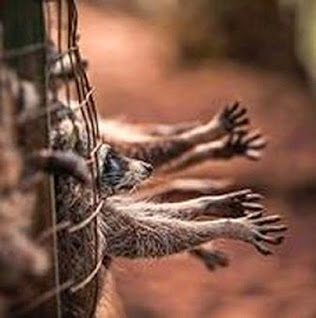 On 23 – 26 July, 2017, The Oxford Centre for Animal Ethics held its summer school at St Stephen’s House, Oxford in partnership with Respect for Animals on the subject ‘The ethics of Fur’.

Every year more than 60 million animals are killed and sold by the international fur industry. It represents one of the largest uses of animals today. The Summer School examined the ethics of the treatment of animals killed for their fur worldwide, including trapping, hunting, killing, and “farming” of animals. They also considered the use of animal fur products in fashion worldwide.

Papers were invited from academics worldwide on any aspect relating to the ethics of fur, including philosophical and religious ethics, historical, anthropological, legal, psychological, scientific, and sociological perspectives. Topics included the nature of animal suffering in fur production, the international trade in animal fur, methods of killing, the environmental consequences of the international fur industry, the use of fur in fashion, the role of international business, the media promotion of fur, changing legislation, especially in the European Union, and strategies for change.

St Stephen’s House is an Anglican Theological College and a Hall of the University of Oxford. See http://www.ssho.ox.ac.uk/.

Respect for Animals Educational Trust works internationally to raise consciousness of the suffering inherent in the fur trade. Its Director, Mark Glover is the recipient of the Lord Erskine award from the RSPCA. Further information about Respect for Animals can be found at http://www.respectforanimals.co.uk/home/.

The Oxford Centre for Animal Ethics was founded in 2006 and pioneers ethical perspectives on animals through academic research, teaching, and publication. See http://www.oxfordanimalethics.com.