We have written on behalf of the following cruelties.  Details of who to write to are given below, should you also wish to write.  We check the information we receive carefully, so it is as accurate as possible at the time of posting.

You can also support us by donating here:

Ganga the Elephant in Sri Lanka

We wrote to the Sri Lankan President about the keeping of elephant Ganga at a temple. Born Free had investigated her conditions and found them very inadequate, though, physically, Ganga appears well. We asked for her housing to be improved.

Please write to the President of Sri Lanka, Shri Maithripala Sirisena at info@cabinetoffice.gov.lk

We congratulated the new mayor of Lisbon on his election and asked, in the name of Catholic Concern for Animals, for a ban on bullfighting in their new bullring. We received an acknowledgment from his office.

Please write to the Mayor of Lisbon, Senhor Fernando Medina at gab.presidente@cm-lisboa.pt

Cats at Tradewind Hotel in Samui

We contacted the Tradewind Hotel on the Thai island of Samui, where cats had been disappearing. The proprietor maintained they had been moved to temples, where the resident dogs were likely to attack them. We asked about their whereabouts, copying in John Ens, Director of the Tourist Association, whose organisation kindly takes on some responsibility for feeding street animals.

Nadia the Elephant at Hotel in Thailand

In May, also in Thailand, we wrote to the Marina Phuket Hotel, where they keep baby elephant Nadia as a mascot. We asked them to have her transferred to a more appropriate environment at a sanctuary which has agreed to care for her.

Please write to The Marina Phuket Resort Hotel – The Director at info@marinaphuket.com 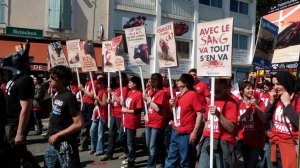 The French group Comité Radicalement Anti-Corrida (CRAC) held one of their regular protests against the bullfight in Alès. AIA wrote to give our best wishes and offer our moral support for their compassionate work.  CRAC are constantly organising anti-corrida and other bull events protests. Web site: www.anticorrida.com

In July, the Irish Council Against Blood Sports (ICABS)  demonstrated at the approach to Dublin Airport, asking holiday-makers not to attend bullfights. This gained considerable attention and support and is significant as bullfights are often supported by unaware tourists.

For more information on ICABS, their website is at www.banbloodsports.com 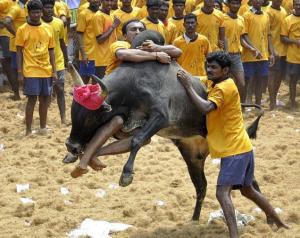 Bull racing, called jallikattu, still takes place in parts of India, though it is in principle banned. We wrote to the Indian Prime Minister asking him to ensure the ban is not lifted as it is suggested might happen.

It was gratifying to send a letter of thanks to the mayor of the Spanish town of Trigueros del Valle, Castilla y León. They are the first Spanish town to declare cats and dogs ‘non-human residents’ and are taking on the responsibility of preventing ill treatment or cruelty and fostering sterilisation of the colonies of feral cats. Other towns are now considering this step.

Sale of Zimbabwean Elephants to China 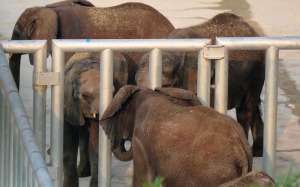 We wrote to John Scanlon, Secretary General of the Convention on the International Trade in Endangered Species of Wild Fauna and Flora (CITES), asking the organisation to attempt to prevent Zimbabwe from cruelly removing elephant calves from their herds and shipping them to China, where there is not yet any animal welfare legislation and they are exploited in safari parks.

The appalling cruelty of this event held in Tordesillas, Castilla y León, in which the town council buys a bull who, on the second Tuesday of September each year, is released into the countryside pursued by baying crowds on foot and horseback and speared to death – in honour of the Virgin Mary, patron of the town. We wrote to the Secretary General of the PSOE, the Spanish Socialist Party, asking him to reflect on whether such futile cruelty is in accord with Socialist principles and to ask the Socialist mayor of Tordesillas to ban this terrible spectacle.

The Toro de la Peña will take place on September 11 this year, but, contrary to the wishes of the people of Tordesillas, the 2016 ban on killing the bull in public will be in place. This is not a humane version of the original.

This year’s bull to be sacrificed has just been announced – he is Montañesa.

The mayor of Tordesillas is still Señor José Antonio González Poncela. He can be contacted at:

In response to the Mail on Sunday’s exposure of the appalling treatment of temple elephants in Kerala, including extremely cruel ‘training’ methods in camps not accessible to the public, we wrote to the President, Prime Minister and Minister of Environment of India and the Chief Minister of Kerala, asking them, in the name of ahimsa, to take urgent action to put a stop to this. 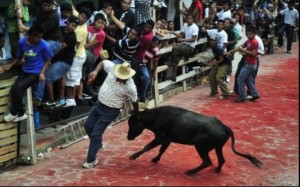 In Ribatejada, near Madrid, it was disappointing to read that after a ban of some five years, vaquillas, in which heifers are released into the bullring to be abused in various ways, were again organised this year. We wrote to ask the mayor to reinstate the ban.

On the other hand, it was extremely gratifying to compliment the enlightened governor of the Mexican state of Coahuila, who in August announced his state would become the third in Mexico to ban the bullfight.

Again in Mexico, several petitions drew our attention to the negligent and cruel treatment of equines in various cities and states. We wrote to several Ministers of the State of Mexico, asking them to ban horse/donkey drawn carts and replace them with motorised transport. (A ban on horse-drawn transport is already in force in Mexico City). 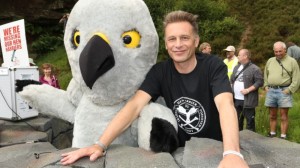 Nearer home, we repeated our request to the Irish authorities not to renew the hare coursing licence for the coming year, and protested to the Scottish Environment Minister about the illegal shooting of Annie, the hen harrier.

The following link is a copy of the actual licence (10 pages):

https://drive.google.com/file/d/1omgK4WBZ0o5AsXYTeCVgX1Aa_z_MhwHC/edit
Requests not to issue coursing licences – and now is a good time – can be addressed to the Minister at:

[The Scottish issue is out of date now. For future reference, the Cabinet Secretary for the Environment, Climate Change and Land Reform is now Roseanna Cunningham MSP.]