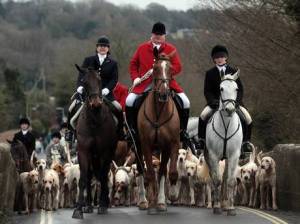 The Animal Interfaith Alliance (AIA) is dismayed at the Government’s underhand tactics to bring back foxhunting.

Despite over 80% of the British public supporting The Hunting Act and not wanting a return to foxhunting, David Cameron’s government still hoped to have a vote in the House of Commons to repeal the Act.  When it realised that it did not have the required majority to support a repeal of the Act, it resorted to underhand tactics to bring back foxhunting.

On budget day, a day when it was hoped that other news would go unnoticed, it announced that it was going to bring forward a statutory instrument to alter The Hunting Act to allow an unlimited number of dogs to flush out a fox rather than the current maximum of two dogs.  Presumably it hoped that only the pro-hunting MPs would be made aware of the vote and that it could slip this amendment through under the radar.